WHAT OUR CLIENTS ARE SAYING 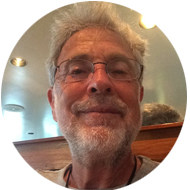 “Claudio from Action duct came to clean our A/C ducts just over 3 years ago. He did a great job. Because my wife has severe allergies, particularly to dust, we decided to have the ducts cleaned again, albeit it is on the short time frame of recommended maintenance Claudio arrived early and once again was terrific in all aspects of the job. He is efficient, courteous, and knowledgeable. The job is labor intensive and generates a lot of noise. He covered the apartment before beginning and cleaned up thoroughly. All in all, great job!” 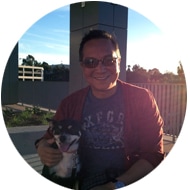 “Action Duct was referred by AARS Appliance Repair Service to service our dryer vent after fixing our dryer due to heat flow. Sunday that I called in for service and Sunday afternoon, they showed up. Amazing workmanship by Jesse and his brother. Punctual, trustworthy and reliable. I highly recommend this company for your duct cleaning at home or your business! Very professional and priced right! Thank you guys for a wonderful job!” 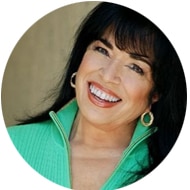 “Just moved into a house previously occupied by an elderly couple for many years. The first time I turned on the air conditioning I could tell that the vents were in dire need of cleaning. My contractor recommended Action Duct and they were willing to come out on a Sunday! Andy showed up and immediately went into ’action’ inspecting and cleaning the vents. He covered the floors with tarps and then rolled in a humongous commercial vacuum and made his way up into the attic. 2 1/2 hrs. later, the job was done. I could immediately tell that all was well. The air coming out now smells clean, the A/C works better and there is no smell of dust. The charge was $672 and I checked around, that is how much it costs to get a top rate job done. Andy was very personable, friendly, knowledgeable and efficient. I would use these guys again without question.”

“We have an indoor BBQ in a brick alcove with a chimney above it. (We love living in a 60 year old custom home. You don’t see features like built in BBQs in the wall anymore.) When you cook, of course you plan on grease dripping downward. No one ever imagines that grease goes up in small particles when you BBQ. Well, after living here for 20+ years, there was grease dripping down the bricks above the grill, and it was disgusting looking! Trying to find someone to clean grease off of bricks (especially up a small chimney) is pretty hard. Action Duct Cleaning came to our rescue! This company is amazing, extremely professional, and the technician cleaned up as he went about the job. Jose worked on our BBQ and he was absolutely fantastic!! We couldn’t be happier with the results and are grateful we found this company. We’re not gonna wait 20 years to call them again!” 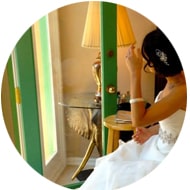 “Once again, we had a phenomenal experience with Action Duct! Jesse was here this weekend cleaning the ducts for our entire complex. We also opted to have him do some individual work in our unit to clean our vents. He was absolutely amazing! Truly genuinely cared about us and doing great work to make sure our ducts/vents were perfectly clean! He is trustworthy, thorough and also just nice and fun. He was so great with our toddler, who thought that duct cleaning was the coolest thing ever, he spent time to chat with all of us and explain what he was doing (so it really became entertainment and learning for our son – and us too!). Thank you, Jesse!” 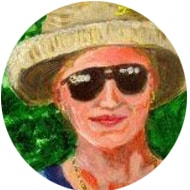 “Jesse came out and cleaned our ducts, etc. He did an awesome job! I definitely would recommend this company for duct cleaning!”

“I called Action Duct to come out and clean hallway fans/exhausts of a 7 unit apartment building that has been neglected for decades. The appointment for the initial inspection was 9:00 a.m. By 9:45 a.m. nobody had showed nor called. After calling the company, they had the technician call me to give me an update. He told me he would arrive in 10 minutes. 15 minutes later, he called to tell me that his navigation took him to the wrong address. He was in Chatsworth — I’m in Century City. I decided to look past that initial … blunder, and hired Action Duct to do the work with the understand that the whoever was assigned to the do the initial inspection would not be assigned perform the work. One of their technicians, Mr. Andrew Farr, came out, on-time (early even), and did one heck of a job. He was friendly and courteous, and answered all of my questions. He did all the work really well, showed me before and afters, and cleaned up after himself. I wouldn’t hesitate to work with Action Duct again, (if fact, I’m hiring them to do another job), but make sure you ask to work with Andrew Farr! He was great.”

“We just completed our dryer duct cleaning using Action Duct Cleaning for our condominium complex.  Andy was our technician and did a wonderful job on all of the participating units.  He was timely, worked quickly and efficiently on 23 units. We had many units had not been done in years and had experienced ceiling leaks in the vent line to building’s exterior.  We could not believe how much lent was in our vent lines – even ones that had been cleaned a couple of years ago.  Additionally, he did a beautiful job with the clean up.  Cleaning really cut down my dryer’s drying time…” 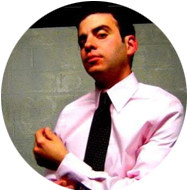 “Action Duct recently serviced my home and I was happy with the outcome. Jesse was very helpful and courteous, and even came back later to check on something he had forgotten. I would highly recommend Action Duct for any HVAC needs.” 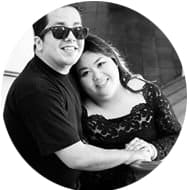 “I have zero experience with dryer-related issues, but I knew I had a problem with my dryer not fully drying the clothes after a drying cycle. I knew I had a build-up of lint in my dryer mesh and pipe, so I decided to call Action Duct Cleaning to see if they bring in a technician today to address the problem. They were able to fit me right in even at a really short notice, which was great. Claudio from Action Duct came out to clean the ducts from my dryer and I must honestly say, he was spectacular from start to finish. He went beyond his actual service by walking me through every step of the process while he was cleaning out the ducts. As a visual learner, it was helpful when he took pictures for me to clearly understand the problem and took before and after photos of the cleaning. While he was doing his cleaning, he also noticed other problems and was so helpful to address and fix the problem, while teaching me what I need to do to address these problems in the future. He even advised on how to do everything properly. The place was left clean and a really satisfied customer. I will definitely recommend him to anyone living in the San Gabriel Valley area.”